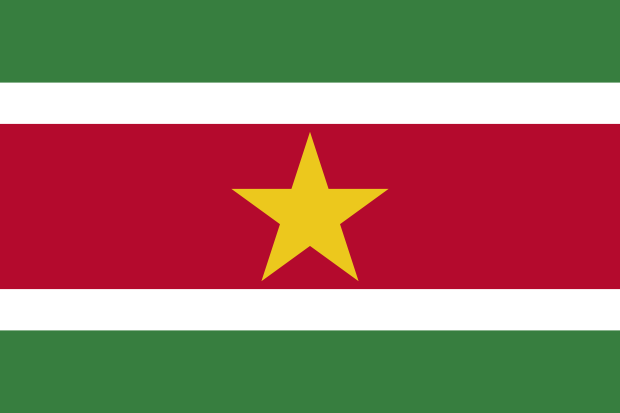 Country Suriname is situated in a location / continent South America. Suriname has an area of 163 820 km2 and 560 157 residents. The highest point has a height 1 230 above sea level. and it is called Juliana Top. The lowest point is located at the level of -2 above sea level and it is named unnamed location on the coast. System of government is republic and the date of independence 25th November 1975. The capital city is Paramaribo. Suriname has the international abbreviation NS.