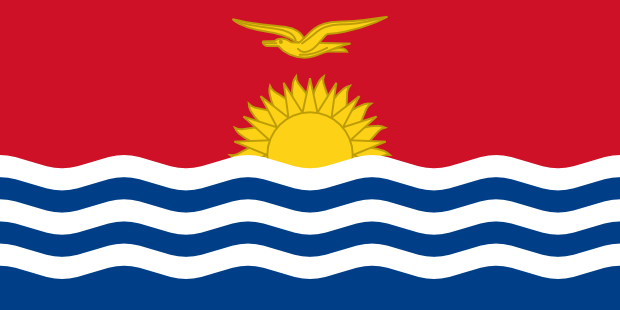 Country Kiribati is situated in a location / continent Oceania. Kiribati has an area of 811 km2 and 101 998 residents. The highest point has a height 81 above sea level. and it is called bezejmenné místo on Banaba. The lowest point is located at the level of 0 above sea level and it is named Pacific Ocean. System of government is republic and the date of independence July 12, 1979. The capital city is Tarawa. Kiribati has the international abbreviation KR.

Kiribati has 670 km of roads and 19 airports. The total length of waterways (navigable rivers, canals, etc.) is 5 km. There is registered 77 ships.