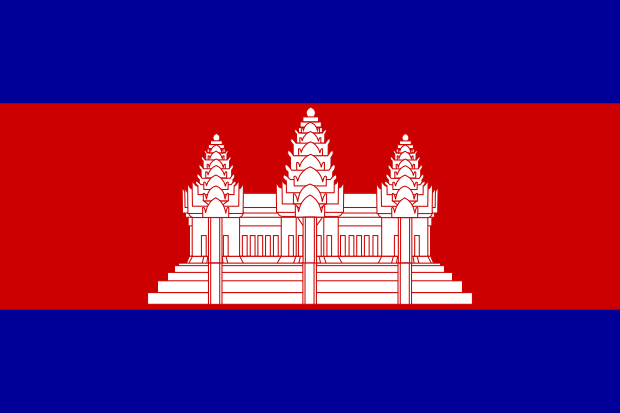 Country Cambodia is situated in a location / continent East Asia. Cambodia has an area of 181 035 km2 and 14 952 665 residents. The highest point has a height 1 810 above sea level. and it is called Phnum Aoral. The lowest point is located at the level of 0 above sea level and it is named Gulf of Thailand. System of government is constitutional monarchy and the date of independence 9th November 1953. The capital city is Phnom Penh. Cambodia has the international abbreviation CB.